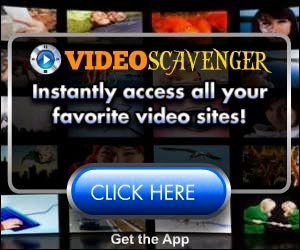 No matter what the video device is-a home theater system with a 60-inch plasma screen and surround sound, or a $59 portable media player with a 2.5-inch screen and a 2GB SecureDigital card for storage-there is a way to watch movies. And you will always have plenty to choose from, since movies and TV episodes make up a huge percentage of the content for any medium or delivery system, whether it’s cable TV, videotapes or DVDs.

Today, the action is in the “portable media player” (PMP) market, with scores of companies producing small, handheld PMPs that can play MP3 music files and videos in various compressed formats. The prices range from about $30 to about $400 or so on the high end. Any more expensive and the manufacturers would lose market share to low-priced laptop computers, which can easily play DVDs and other digital program material.

Nowadays, after studios and independent producers have finished post-production on their movies, they can send copies out for replication into DVDs (of whatever kind) and then convert the raw files into a plethora of other formats. Some producers still produce what is called a “VCD” (video CD), a movie compressed down from DVD size (4.5GB) to CD size (700MB), but these kind of discs never caught on in the West and are sold primarily in Asia. Therefore, it is far more common to convert the video into a few of the most common digital/downloadable formats.

There will be the obligatory files created for the “video on demand” (VOD) and “streaming media” market served from the Internet, but it’s the humble MPEG family, particularly MPEG-4, that offers the most efficient repurposing channel. A movie encoded to DivX (or the classic AVI format of MPEG-4 video and MP3 audio) can contain a two-hour feature in a file less than 1GB in size, and be downloaded for viewing on desktop computers and laptops; BlackBerries and 3G cell phones; portable media players from Archos, Coby, SupportPlus and many others; and Palm Pilots and Microsoft CE PDAs and handhelds.

Take Your Movies Along

Videotape technology liberated movies from theaters and brought them home; now, portable media devices have liberated movies from the homes. Some of these devices are expensive, hip and fashionable accouterments of the “good life.” Copy them to a top-of-the-line iPod, PSP or other portable media player, and you can take your movies wherever you go.

Theme by Anders Norén — Up ↑